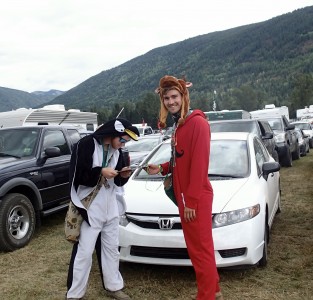 The explosive rise in the number of people attending music festivals in recent years has also brought with it a drastic spike in drug misuse and overdoses. In 2014, thirteen deaths were linked to illicit drug use during music festivals. Many festivals recognize the importance and value of having expanded medical services (i.e. services in addition to first aid such as harm reduction), but there is currently no legal requirement to have expanded medical services present at the festival. The AIDS Network Kootenay Outreach & Support Society (ANKORS), and onsite harm reduction team began delivering harm reduction services such as drug testing, outreach, and sexual health services to music festivals in 2001. Their efforts were humble at first, but as the ticket sales rose, so too did the popularity of the services. The availability of such services raises the question of whether the presence of the on-site medical services provides a false sense of security for participants who choose to engage in high risk behaviours. In the summer of 2015, Faculty of Medicine Summer Student Research Program participant and medical student Sydney White joined Dr. Brendan Munn to investigate whether the presence of medical services influenced the behaviour of festival attendees. In particular, they studied the participants of the Shambhala Music Festival. 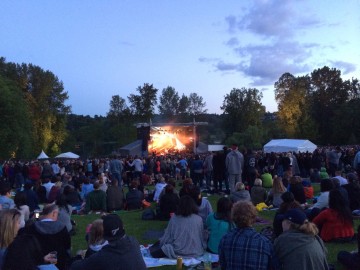 The Shambhala Music Festival is an annual electronic music festival held during the first week of August at the Salmo River Ranch near Nelson, British Columbia. The festival lasts five days and four nights, and offers a mix of music and art in nature. Having begun in 1998, the Shambhala Music Festival has grown to become one of the largest and longest running, electronic music events in Canada. Over 15,000 people attended the festival in 2014, and no fatalities were reported. Many suspect this may be due to the rising efforts of the medical team, yet it remains unclear if the presence of the on-site medical services provides a false sense of security for those who choose to engage in high-risk behaviours such as illicit drug use. Dr. Munn and Sydney hypothesize that the presence of on-site medical services does not facilitate recreational drug use.

To test this hypothesis, a brief 6-question survey was administered to 587 consenting participants at the entrance to the 2015 festival over a 48-hour period. Specifically, this survey aimed to understand participants’ intentions to use illicit drugs, and its relation to onsite medical services and provide an initial dataset to understand the importance placed on medical services by festival goers. The results of this project are currently being analyzed with help from the Southern Medical Program biostatician. A previous demographic data report in 2013 by ANKORS reported that the average participant is 25 years old, has completed an undergraduate degree, and resides within British Columbia. 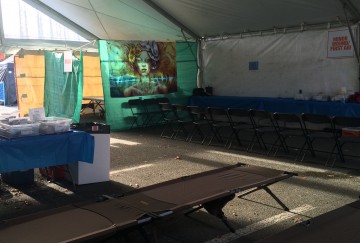 Preliminary results from this study indicate that the demographic data of 2015 festival participants (age, education, and place of residence) are consistent with demographic data obtained in the ANKORS 2013 demographic report, while analysis of the correlation between high-risk behaviours and harm reduction services is still ongoing.

For the past four years, Sydney has volunteered at the Shambhala Music Festival medical tent. Year after year, Sydney has witnessed the tremendous benefit of increased organization and planning around medical services.  In the past year, Sydney helped in the planning of pre-hospital care, as well as medical command. Sydney currently works part-time as a paramedic on the remote Roger’s Pass section of the Trans-Canada Highway, allowing her to experience the reality of rural pre-hospital care. This has inspired her to pursue a rural family emergency medicine certificate and the goal of returning to a rural community in the BC interior to serve as a family and emergency physician.