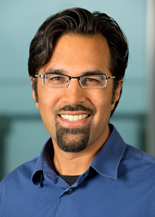 Faculty of Medicine scientists have uncovered seven new subtypes of ovarian cancer, which could result in new treatment strategies for some ovarian cancer patients including those that do not respond well to chemotherapy.

The discovery, published in Nature Genetics, analyzed the genetic information of more than 100 ovarian cancer patients in order to identify abnormalities in the DNA of ovarian cancer cells.

Two of the new genetic subtypes uncovered belong to a very common and deadly form of ovarian cancer called high grade serous carcinoma (HGSC). Scientists believe they have found a structural change in the DNA of one subtype that can identify HGSC patients that will not respond to chemotherapy and who may instead benefit from new classes of treatments.

“This study demonstrates that patterns of changes across the DNA inside cancer cells can help direct drug development efforts for the hardest-to-treat subtypes of ovarian cancer,” says Sohrab Shah, an Associate Professor in the Department of Pathology and Laboratory Science and a Senior Scientist at the BC Cancer Agency, who led the research.

The other five subtypes uncovered were found by analyzing clear cell, endometriod and adult granulosa cell ovarian cancers. The results from this work suggest that some of these subtypes may be susceptible to existing treatments. Clinical trials are needed to confirm these results.

“This information can be used to develop tests that can direct patients toward new investigational treatments,” says Dr. Shah, who is a Canada Research Chair in Computational Cancer Genomics.