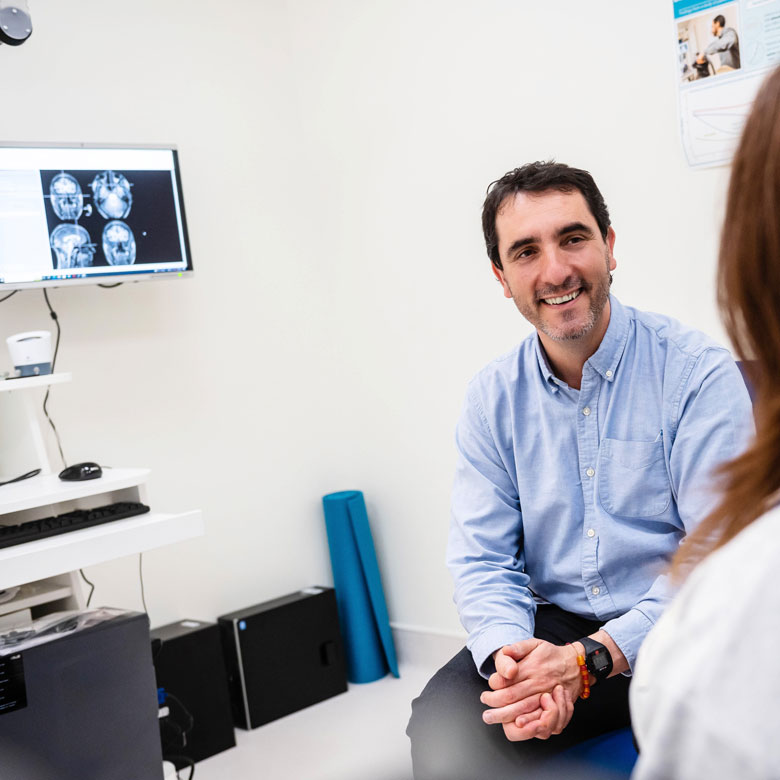 After her brother’s death, Lisa Ridgway found herself overtaken by a sadness that wouldn’t go away.

“When he received the cancer diagnosis, I did everything I could to help,” Lisa remembers. She travelled from B.C. to Australia, where her brother lived, to donate bone marrow. The transplant worked, and his cancer went into remission for about two hopeful years. The disease returned, and a second transplant couldn’t save him.

She knew it would take time to recover from such a loss. But a year went by, then another. Prescription medication and lifestyle changes made little difference. The sadness remained. She felt stuck.

As our picture of the functional brain emerges in ever-finer resolution, we’re beginning to see that mental health issues like major depression may not, in fact, be a single disorder, but a cluster of disorders.

Finally, in 2017, Lisa was diagnosed with treatment-resistant depression. Her psychiatrist recommended repetitive transcranial magnetic stimulation, or rTMS, a type of non-invasive neurostimulation therapy that has shown considerable promise as a treatment for major depression and other intractable mental health issues.

Every weekday for a month, Lisa visited a clinic at the Royal Jubilee Hospital in Victoria, B.C., where she was treated with a handheld device that delivers low-intensity electromagnetic pulses to the brain.

“You wear a rubber swim cap with the focus area mapped onto it,” Lisa says. “The rTMS device is positioned over that spot and you hear a series of clicks. It’s over in less than 20 minutes.”

Those clicks — the electromagnetic pulses — induce an electrical current, activating parts of the brain involved in mood control. For about half of patients, rTMS alleviates most or all symptoms for months or even years.

The effects weren’t quite so dramatic for Lisa, but, like the majority of patients, she experienced positive changes within weeks of starting treatment: “It felt like an emotional logjam was breaking up. rTMS kickstarted my recovery.”

The question isn’t whether rTMS works, but how.

“In terms of neuroplasticity, we know that the electromagnetic pulses cause subtle, short-term changes within the brain,” says Dr. Fidel Vila-Rodriguez, an associate professor of psychiatry at UBC and a leading expert on rTMS and other non-invasive neurostimulation techniques. “Beyond that, we’re just beginning to scratch the surface.”

Dr. Vila-Rodriguez and his team — including Lisa, who joined as a patient-partner in 2019 — have made it their mission to unlock the treatment potential of rTMS and other neurostimulative techniques through research.

“The possibilities are incredibly exciting,” he says.

Their work is part of a larger push by neuroscientists at UBC and around the world to map the functional physiology of the brain — the rules that govern how we think and feel, and how disorders such as major depression break those rules. In building this map, they hope to discover an even wider range of treatment pathways, for everything from major depression and schizophrenia to Alzheimer’s and Parkinson’s. 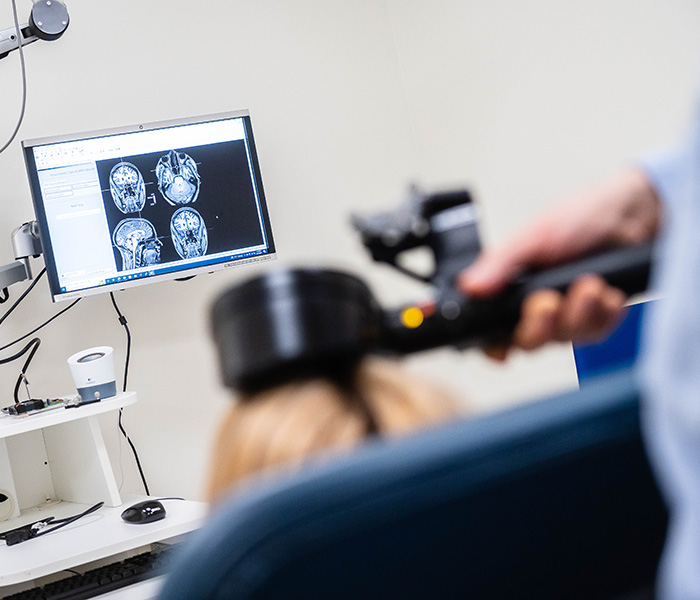 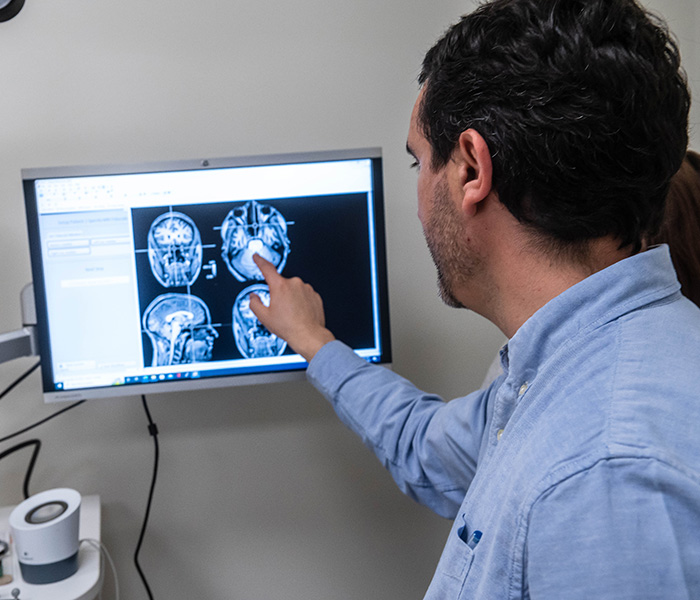 To do this, Dr. Vila-Rodriguez and his colleagues must navigate what scientists call “the last and grandest biological frontier.”

The brain is made up of billions of interconnected neuronal cells that form circuits, or networks, and it’s from these networks that our thoughts, feelings, and actions emerge as we interact with the world.

They are highly interactive: Actions and mental states that we take for granted, like tying our shoes or feeling interested in something, involve multiple networks distributed across different regions of the brain. So, too, do mental health disorders such as major depression, bipolar disorder, post-traumatic stress disorder, and schizophrenia.

Powerful imaging and data tools are helping researchers to identify patterns amid such complexity. To understand how rTMS works, Dr. Vila-Rodriguez and colleagues from UBC’s Djavad Mowafaghian Centre for Brain Health recently imaged the brains of patients while they received a single rTMS treatment inside a functional magnetic resonance imaging (fMRI) scanner.

They discovered that, in patients who reported fewer symptoms of depression after completing the standard four-week course of rTMS, the networks of the brain which regulate memory, emotional responses, and motor control showed stronger connectivity. In other words, patients’ early responsiveness to rTMS indicated a greater capacity for change, or neuroplasticity, and better potential outcomes.

“From our research we were able to map, in real time, the ways it changes the brains of patients who benefit from the treatment. A literal picture of how rTMS works is beginning to emerge,” Dr. Vila-Rodriguez says. 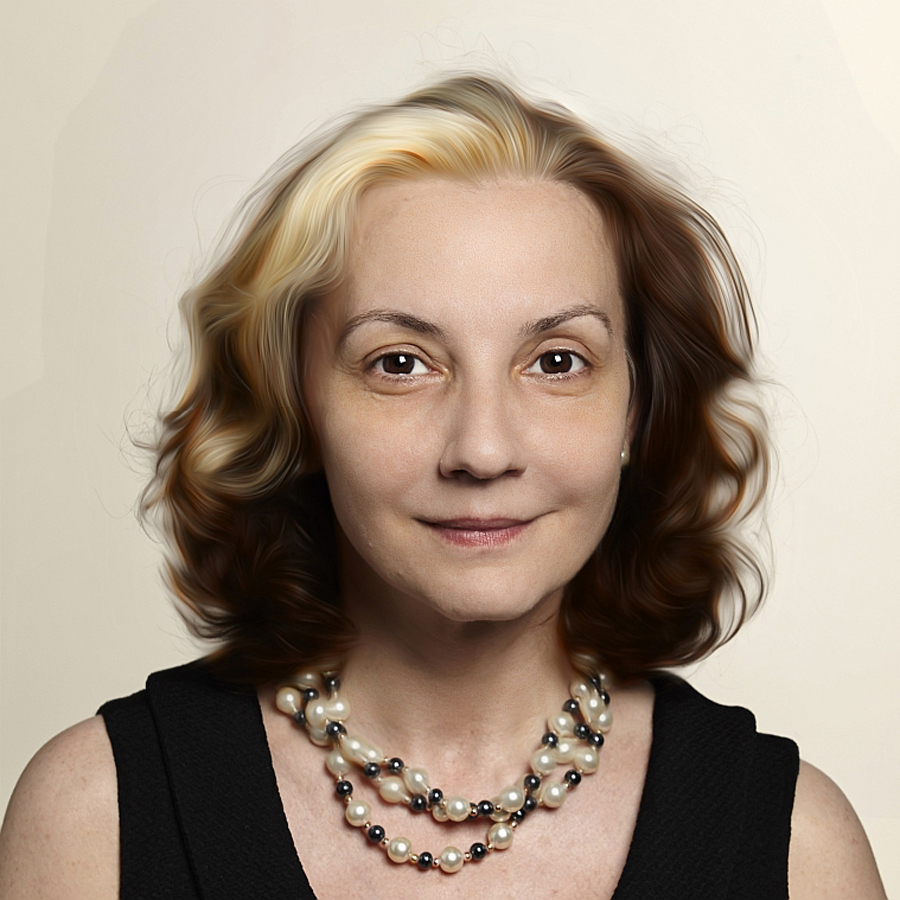 The next step is to confirm whether these connectivity patterns can be used as a reliable biomarker to indicate how well a patient is responding to rTMS. The impact would be considerable: “With this information we could make adjustments during the course of treatment, making it more effective,” he explains.

These findings complement breakthrough work by Dr. Sophia Frangou, one of the co-authors of the rTMS study, the UBC President’s Excellence Chair in Brain Health, and director of the Translational Neuroimaging and Clinical Neuroscience Program in Mental Health.

Through an ambitious program of research that uses advanced computational methods and neuroimaging technology, Dr. Frangou and her team have made a number of key discoveries about the ways different types of brain networks regulate higher- and lower-order brain functions, and how they are implicated in brain disorders.

In one study, the largest ever of its kind, Dr. Frangou and her team showed that mood and anxiety disorders correspond to specific abnormalities in the brain networks that regulate emotion and cognition.

“[Our] brain imaging findings provide a science-based explanation as to why patients with mood and anxiety disorders seem to be ‘locked in’ to negative mood states,” Dr. Frangou explains. “They corroborate the patients’ experience of being unable to stop and switch away from negative thoughts and feelings.”

In a more recent study, Dr. Frangou and Dr. Ruiyang Ge, a former postdoctoral researcher in Dr. Vila-Rodriguez’s lab now working with Dr. Frangou, demonstrated that the brains of pre-adolescent children who show symptoms of mood and anxiety disorders differ in anatomically meaningful ways not just from healthy brains, but from each other. They identified three different anatomical profiles, or sub-types, associated with overlapping mood and anxiety disorders.

“These and other recent findings point to the need for new diagnostic approaches and new treatments,” Dr. Frangou says.

Toward precision health in psychiatry 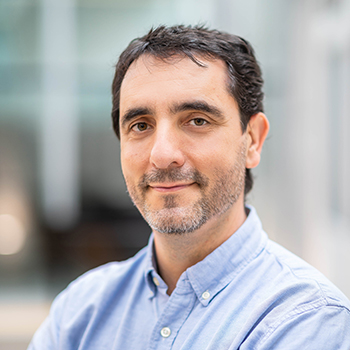 As our picture of the functional brain emerges in ever-finer resolution, we’re beginning to see that mental health issues like major depression may not, in fact, be a single disorder, but a cluster of disorders — that each sub-type manifests with the same symptoms but has different causes, requiring modified treatment pathways.

Structural differences between individual brains could further explain why current treatments work for some patients, but not others.

“We know that the brains of the vast majority of people are substantially similar. They have the same general anatomy, and they’re regulated by the same canonical brain networks. For the most part, they function — and don’t function — in the same or similar ways,” Dr. Vila-Rodriguez says.

“But every brain is also, of course, subtly different.”

Dr. Vila-Rodriguez plans to investigate the functional differences in the brain networks of people who share the same clinical diagnosis.

“We want to identify individualized brain networks within the ‘canonical’ structures that everyone shares. This is important, because even a slight variation from one person to the next has the potential to impact treatment.”
— Fidel Vila-Rodriguez
Associate Professor, Department of Psychiatry

“We want to identify individualized brain networks within those ‘canonical’ structures that everyone shares. This is important, because even a slight variation from one person to the next has the potential to impact treatment.”

While the immediate clinical goal of the study would be to further refine rTMS techniques, a personalized approach could one day inform a wide range of psychiatric treatments.

For Dr. Vila-Rodriguez, that day can’t come too soon.

“Think about how many patients suffer with their disorder because current treatments don’t work for them. Now imagine if we could tailor every treatment to their unique physiology. We would be changing so many lives.” 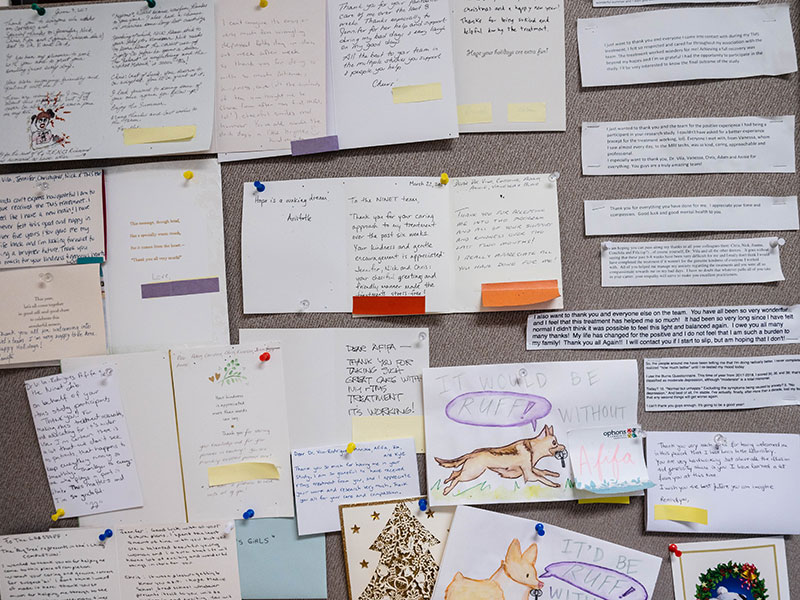 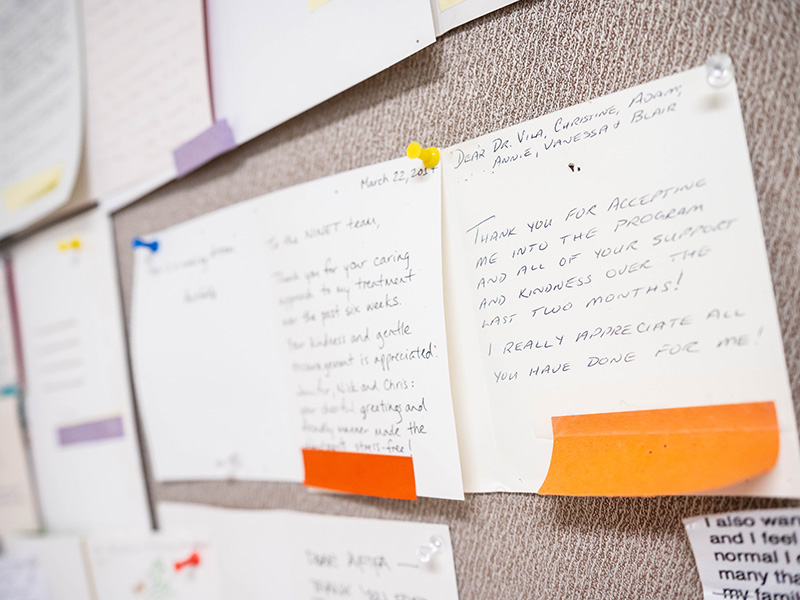 Thank you cards from study participants are displayed in the lab.

From the lab to the clinic

In the meantime, through their work, Dr. Vila-Rodriguez and his team are moving neurostimulative techniques into the mainstream — as part of a toolkit that includes therapy, lifestyle changes, and medication.

As a patient-partner, Lisa Ridgway plays an important role in this. Her unique perspective helps to shape current and future research and its all-important translation into clinical care.

“The patient perspective is very important because at the end of the day, everything we do is about making people better,” Dr. Vila-Rodriguez says.

Lisa couldn’t agree more. And she includes herself among those people.

“Working with Fidel’s team has been a big part of my recovery,” she says.

New research maps how the brain changes during depression treatment

The findings reveal how rTMS works for treatment-resistant depression and could help predict the likelihood of patients getting better.

Dr. Sophia Frangou and team uncover insights into linkages between brain and mind

An analysis of more than 1,000 brain scans discovered fundamental rules for how connections between brain regions regulate brain functions.

The regions of the brain are involved in emotional and cognitive control.