Predicting how cancer tumours will evolve over time, especially in response to treatment, is a major challenge for scientists. 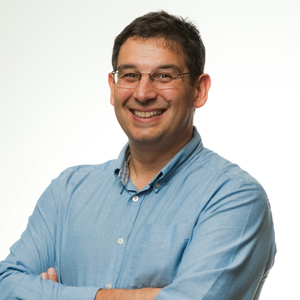 The study, recently published in Nature, showed that a machine-learning approach could accurately predict how the most deadly subtype of breast cancer, known as triple-negative breast cancer, will evolve.

“Ultimately, the approach could provide a means to predict whether a patient’s tumour may stop responding to a treatment and identify the cells that are responsible for the relapse,” says Dr. Aparicio.

“This could mean highly tailored treatments, delivered at the optimal time, to produce better outcomes for people with triple-negative breast cancer.”

A trifecta of innovations

Three innovations came together to make these findings possible. Scientists analyzed realistic tumour models repeatedly over extended timeframes of up to 3 years, exploring the effects of platinum-based chemotherapy treatment and treatment withdrawal. 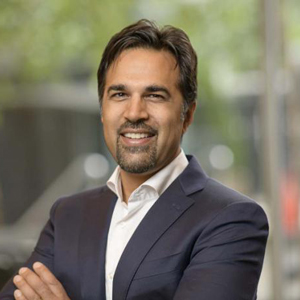 “Historically, the field has focused on the evolutionary history of a cancer from a single snapshot,” says Dr. Aparicio. “That approach is inherently error prone. By taking many snapshots over time, we can obtain a much clearer picture.”

The second key innovation involved applying single-cell sequencing technology to characterize the genetic make-up of thousands of individual cancer cells in the tumour at the same time. A previously developed platform allowed the team to perform these operations in an efficient and automated fashion.

The final component was a machine-learning tool, developed in collaboration with UBC statistics professor Alexandre Bouchard-Côté, which applies the mathematics of population genetics to cancer cells in the tumour.

With these innovations in place, the scientists were able to create a model of how individual cancer cells, known as or clones, will behave. When the team conducted experiments to measure evolution, they found close agreement between these data and their model.

In other words, how the cancer will evolve is predictable.

A foundation for the future

The particular types of genetic changes the team looked at are called copy number changes. These are differences in number — more or less — of segments of DNA in cancer cells. Up until now, the significance of these sorts of changes hasn’t been clear, and researchers have had doubts about their importance in cancer progression.

“Variants in copy number can have a large effect on cells—a single copy number variant can directly affect whether hundreds of genes are switched on or off,” says Dr. Aparicio.

The scientists found that treatment of tumours with platinum chemotherapy led to the eventual emergence of drug-resistant tumour cells—similar to what happens in patients undergoing treatment. These drug-resistant cells had distinct copy number variants.

The team wondered: What would happen to the tumour if they stopped treatment? Turns out the cells that took over the tumour in the presence of chemotherapy declined or disappeared when the chemotherapy was taken away; the drug-resistant cells were outcompeted by the original drug-sensitive cells. This paradoxical behavior indicates that drug resistance has an evolutionary cost. In other words, the traits that are good for resisting drugs aren’t necessarily the best for thriving in an environment without those drugs.

Ultimately, Drs. Aparicio and Shah say the goal is to one day be able to use this approach on blood samples—perhaps obtained through liquid biopsies—to identify the particular clones in a person’s tumour, predict how they are likely to evolve, and tailor medicines accordingly.

A version of this story was originally published by the Memorial Sloan Kettering Cancer Center.