Faculty of Medicine
» Home » News » One in seven billion: First-in-the-world diagnosis a result of incredible teamwork

One in seven billion: First-in-the-world diagnosis a result of incredible teamwork 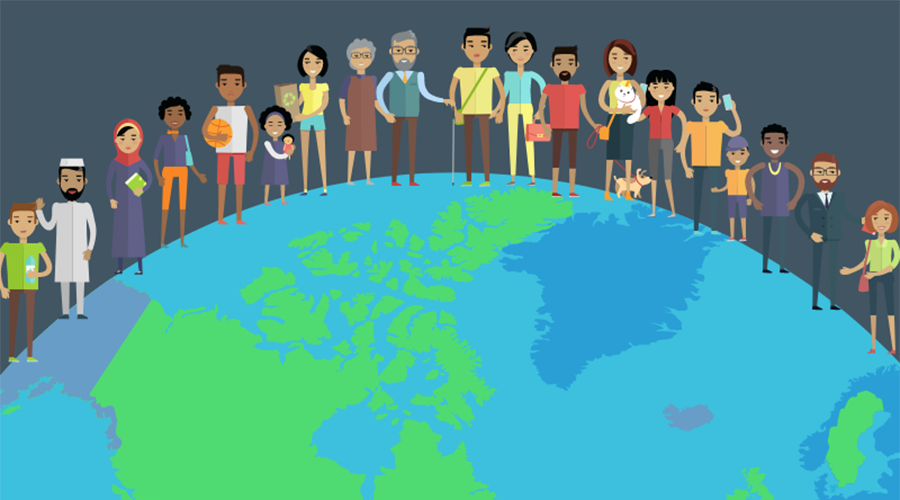 For the first couple years of his life growing up in Syria, Ebrahim Aldalati was, as he put it, “a regular baby.” He had no health issues and was just like other kids. But by the time he was two, that all changed.

“My family started seeing that my left leg was not working. I could straighten it, but I couldn’t bend it,” recalls Ebrahim.

It got worse every year. Soon, he was having a lot of trouble moving his knees, elbows and hips. Ebrahim’s mom says he also got sick a lot with colds, infections and sore throats. His parents took him to many doctors to figure out what was happening.

“They did a lot of tests. They did a lot of blood work and sent some to the United States, but everything came back normal. The doctors didn’t know what was going on with me,” Ebrahim says.

“They did a lot of tests… but everything came back normal. The doctors didn’t know what was going on with me.”
Ebrahim Aldalati

The only thing that was obvious was that his muscles and tendons were really tight, severely limiting movement in his joints.

Ebrahim underwent his first surgery for the contractures, as they are called, when he was 10. That was to make the tendons behind the knees longer so he could bend and stretch his legs more. Then war started in Syria. Ebrahim and his family fled to Jordan as refugees, and from there, they were eventually given the option to move to Canada.

Ebrahim knew nothing about Canada. When he Googled the name of their new home city, he thought it looked nice. Little did he and his family know that, eventually, Vancouver and BC Children’s Hospital would be the place where they would finally get some answers. 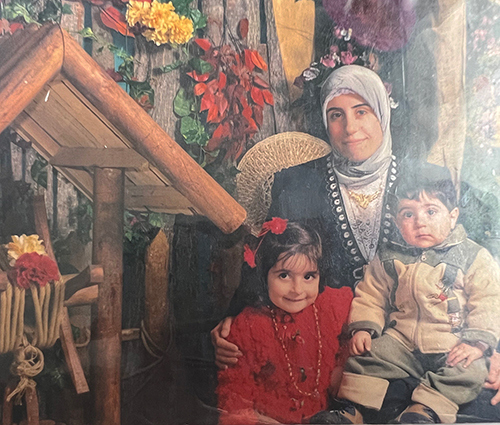 Ebrahim and his family were living in Syria when he was born. 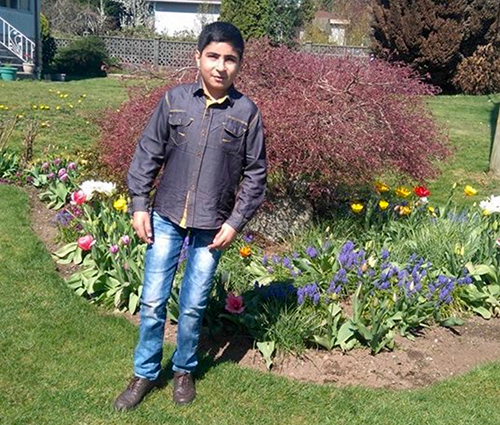 Ebrahim in Vancouver after fleeing Syria as refugees.

Could the answer be in the genes?

At BC Children’s, Ebrahim, now 15, underwent more tests. He had a full orthopaedic assessment, under the supervision of Dr. Anthony Cooper, a pediatric orthopaedic surgeon and clinical associate professor in UBC’s department of orthopaedics. Dr. Cooper planned a series of surgeries for Ebrahim’s legs and back, and also referred him for genetic testing. But in 2018, an unexpected complication occurred. Ebrahim had cancer.

“From the beginning, I had a suspicion that all these things could be related,” recalls Dr. Sylvia Cheng, pediatric oncologist and clinical assistant professor in pediatrics.

“Ebrahim had an atypical lymphoma that was quite difficult to diagnose. We spent a lot of time considering it carefully, which also triggered that question again about the possibility of a genetic cause.”

“Ebrahim had an atypical lymphoma that was quite difficult to diagnose. We spent a lot of time considering it carefully, which also triggered that question again about the possibility of a genetic cause.”
Dr. Sylvia Cheng

By then, the genetic test results came back. Ebrahim has an unknown change in his NFATC2 gene, which makes a protein known as NFAT1. NFAT1 is an important molecule for determining the way immune system cells function, as well as impacting the growth of cartilage cells, the flexible connective tissue that protects your joints and bones. It had been discovered about 25 years ago, and mice who had the protein “knocked out” ended up with similar symptoms to Ebrahim’s — joint abnormalities, immune system problems, and a higher prevalence of cancer.

But a complete deficiency of NFAT1 had never been documented in a human before.

It was enough new information for Dr. Cooper to change the course of Ebrahim’s treatment and take extra time to work out his approach to surgery. For example, in addition to his contractures, Ebrahim also had small bony bumps, called osteochondromas. Normally, these are harmless and would be left alone, but in the “knockout” mice, these bony bumps changed into cancerous tumours.

“If it had been anyone else, we would have left these bumps alone because they were close to the nerves. But guided by Ebrahim’s genetic results, we knew it was best to remove them,” emphasizes Dr. Cooper.

Connecting the dots between genes and disease

But the connection between Ebrahim’s symptoms and the genetic test results was still just a good hypothesis. No one could prove definitively this was the diagnosis, until Dr. Stuart Turvey became involved. 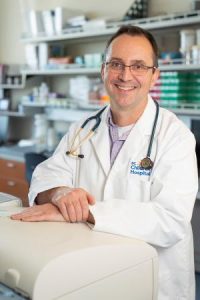 Dr. Turvey, pediatric immunologist and professor of pediatrics, has always known that regular medical care can’t provide the answers to a small number of children with rare diseases. That’s why he and Dr. Anna Lehmann, clinical geneticist and associate professor of medical genetics, set up the Rare Disease Discovery Hub, with the support of the BC Children’s Hospital Foundation.

Ebrahim was the very first patient enrolled in the Hub in July 2019.

“When I first started in 2004, there were 100 genes known to cause disorders of the immune system. We were rarely able to find the exact molecule causing the problems,” comments Dr. Turvey.

“Today, there are more than 500 known genes for immune system disorders, most of those discovered in the last 10 years. Now we can almost always find the exact cause.”

So for the next two years, Dr. Mehul Sharma, then a PhD candidate in Dr. Turvey’s lab, would try to prove it.

The painstaking search for the truth 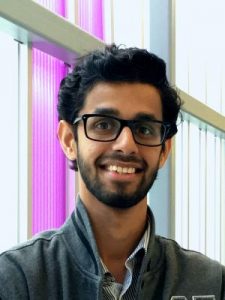 Dr. Sharma humbly claims he was just in the right place at the right time, crediting the acceleration of advancements in technology as being key to his success. But it’s clear he worked with dogged determination to find the answers.

Ebrahim enthusiastically provided blood and tissue samples for the research project. This meant Dr. Sharma could study the gene in actual tissues, rather than cell models — a much slower process. He set up specific tests on Ebrahim’s cells for the dysfunctional protein and compared that to normal cells. And he did it over and over and over again.

“There is a lot of variability in science,” Dr. Sharma explains. “If I get a sample from Ebrahim today, how do I know that what I am seeing today is because of changes on this day, this week, or this month? So I took many samples over a year-and-a-half and did the same tests on all those samples. That’s how you really prove it.”

Another setback for Ebrahim

Ebrahim is the first person in the world diagnosed with a complete deficiency of NFAT1.
In the meantime, in February 2022, there was another setback for Ebrahim after several gruelling orthopaedic surgeries. Cancer. Again. This time, a different, much more aggressive lymphoma. Back to the hospital, VGH this time, for more treatment. 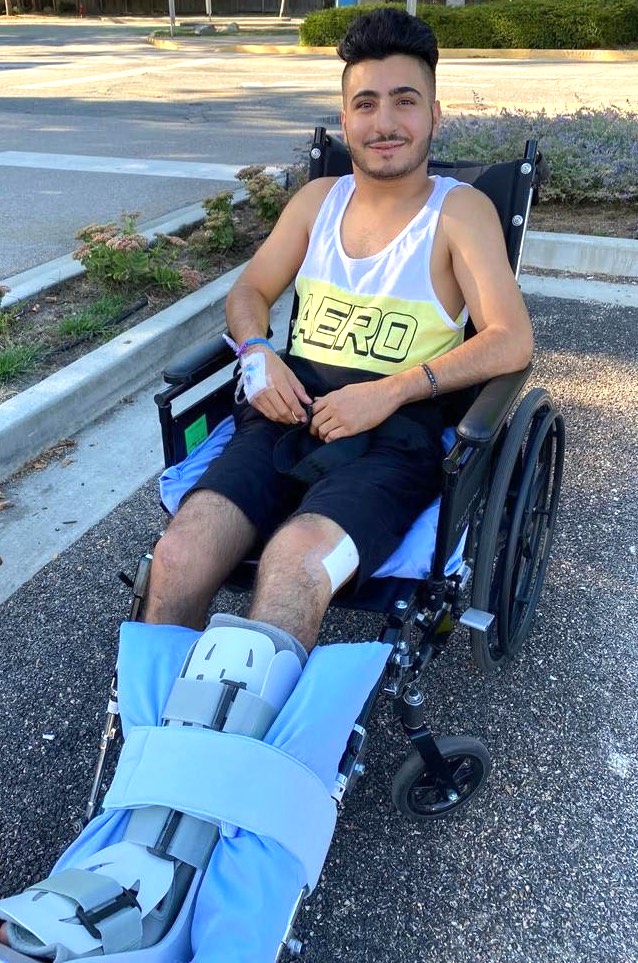 Ebrahim is the first person in the world diagnosed with a complete deficiency of NFAT1.

“I think God made me like this and I have to be proud of myself. I can’t give up. Whatever happens to me I have to keep going,” Ebrahim remarks. “I am happy!”

Back in the lab, Dr. Sharma didn’t stop after he got the same results from the first round of tests comparing Ebrahim’s cells to normal ones. He ran further tests, taking Ebrahim’s cells and putting in a corrected version of the gene. That actually restored the missing protein and reversed the damage at the cellular level, final proof that the abnormality is, in fact, causing Ebrahim’s symptoms.

Ebrahim is now the first person in the world to be diagnosed with complete NFAT1 deficiency, the cause of his joint problems and cancers.

The study was just published in the high-profile journal Blood.

“Usually a patient like this comes in and is dealt with via many different departments in the hospital, with every clinician managing it their own way,” says Dr. Sharma. “But getting a unifying diagnosis makes it easier for everyone to work together and really helps the families, finally ending the odyssey they have been on for a long time.”

Looking to the future

Though it’s now clear what is causing Ebrahim’s medical issues, there isn’t a treatment for it yet. But Dr. Turvey points out this is the first step to a new world of medicine: precision health.

“Precision health really means applying new powerful technologies to allow us to understand genes and proteins that make up a child’s body, and we can then pinpoint exactly what the molecular issue is that is causing these diseases. We won’t just say someone has asthma or joint issues. Now we can drill down to the molecules.” Dr. Turvey says. “That opens doors to new ways to treat it and new ways to understand biology.”

“Precision health really means applying new powerful technologies to allow us to understand genes and proteins that make up a child’s body… That opens doors to new ways to treat it and new ways to understand biology.”
Dr. Stuart Turvey

In Ebrahim’s case, now that doctors understand his heightened cancer risk, he will be monitored much more closely. For his future orthopaedic care, Dr. Cooper now knows his team was on the right track when they took action as soon as those genetic results came back.

“We use research to directly inform clinical care at BC Children’s, which is really transformational. It confirms that research can have immediate results for the care of patients,” summarizes Dr. Cooper.

After completing his second round of cancer treatment, Ebrahim is taking a break from the hospital before his next orthopaedic surgeries. He is focused on living life — upgrading his high school courses and finding a part-time job. Now 23, he is so grateful to finally have answers that could change the future for other kids like him.

“It was like a needle in a haystack. People were trying so hard to find it, and now they found it,” Ebrahim remarks. “I would be really happy to know that what I’ve gone through can help someone else like me get their answer much faster, maybe even figure out a treatment.”

This story originally appeared on the BC Children’s Hospital Research Institute website.