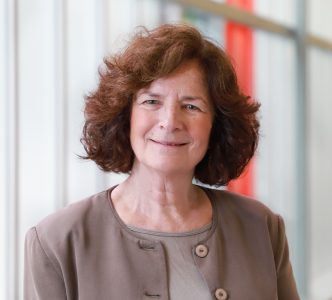 Dr. Ruth Grunau, a professor in the faculty of medicine’s department of pediatrics, has been awarded the Michael Smith Foundation for Health Research (MSFHR) Aubrey J. Tingle Prize.

The award is one of several recently announced by Life Sciences BC which recognize the talented individuals and organizations who contribute to the vibrant life sciences ecosystem in B.C.

Created in honour of MSFHR’s founding president and CEO, the Aubrey J. Tingle Prize is given annually to a British Columbia clinician scientist whose work in health research has had a significant impact on advancing research and improving health, and the health system, in B.C. and beyond.

“We are thrilled to present the 2021 Aubrey J. Tingle Prize to Dr. Ruth Grunau,” said MSFHR President and CEO Dr. Bev Holmes in a release. “As an accomplished clinician scientist who has made significant contributions to improved preterm infant health in Canada and abroad, and as one of MSFHR’s first Scholar award recipients who went on to mentor a generation of research trainees, Dr. Grunau truly embodies the spirit of the Aubrey J. Tingle Prize. All of us at MSFHR offer her our congratulations.”

The award winners will be recognized at this year’s 23rd Annual Life Sciences BC Awards on September 23.